Quagsiremylove is a houseguest on Big Brother 1

Quag was very social among the houseguests this season. Quag didn't really do much this season besides being social and working his way into alliances. Although he didn't win any competitions he had a really good game where he avoided being nominated until Week 10 which was quite surprising. Although for Quag's efforts, his number 1 allie was sent out the door with him being a lone wolf. He fought his hardest to stay in the game but wasn't enough when the majority alliance decided to take him out placing him in 6th place.

Although Quag was quiet in the scenes, he was very social among the houseguests behind the scenes. This made him go very far into the game with him making very strong bonds and getting his first nomination on Week 10. Good luck in the future Quag! 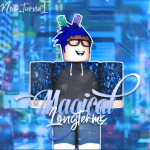